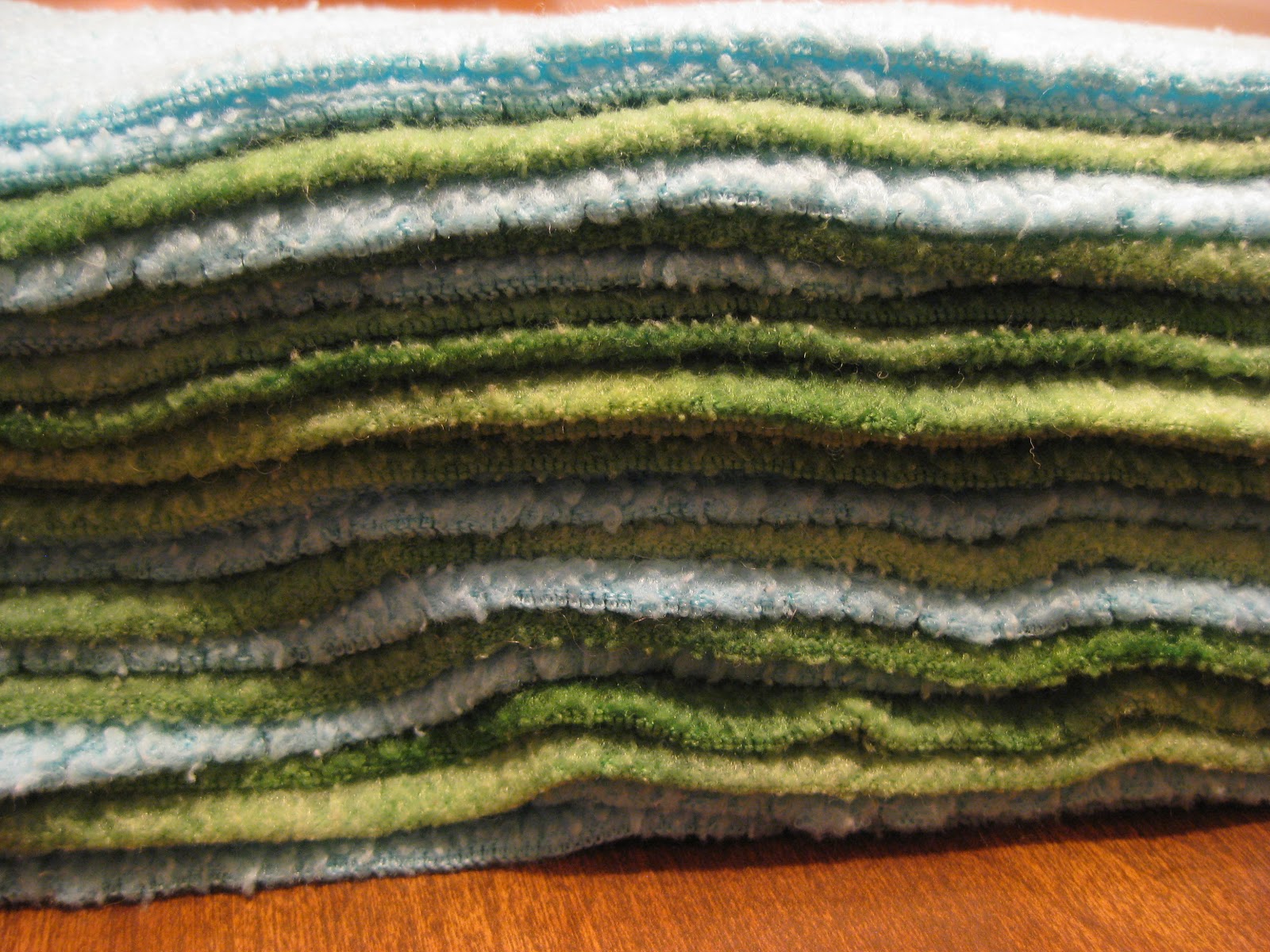 I was having a lot of trouble with Hailey's cloth diapers and diaper rash.  I use cotton prefolds, and they are GREAT! But Hailey was getting diaper rash all of the time.  I learned that you should not use diaper rash cream (especially not Desitin) with the prefolds.  The Desitin will make them smell fishy... icky.  I didn't know what to do.  Well... I discovered fleece diaper liners!  They are so great.  I originally started using them so I could use diaper rash cream.  If you put a fleece liner in the diaper, you can use any cream you like.  Just wash the liner separately from the diaper, and you are fine.  But the added bonus was that I could start just using the fleece liner with no diaper rash cream, and the diaper rash hasn't come back!!  It has been great.  So now I use these every time I change her, and I rarely have diaper rash problems.  I wash the liners with my diapers, and they are holding up great.  The best thing about them is that they are super easy and cheap to make. 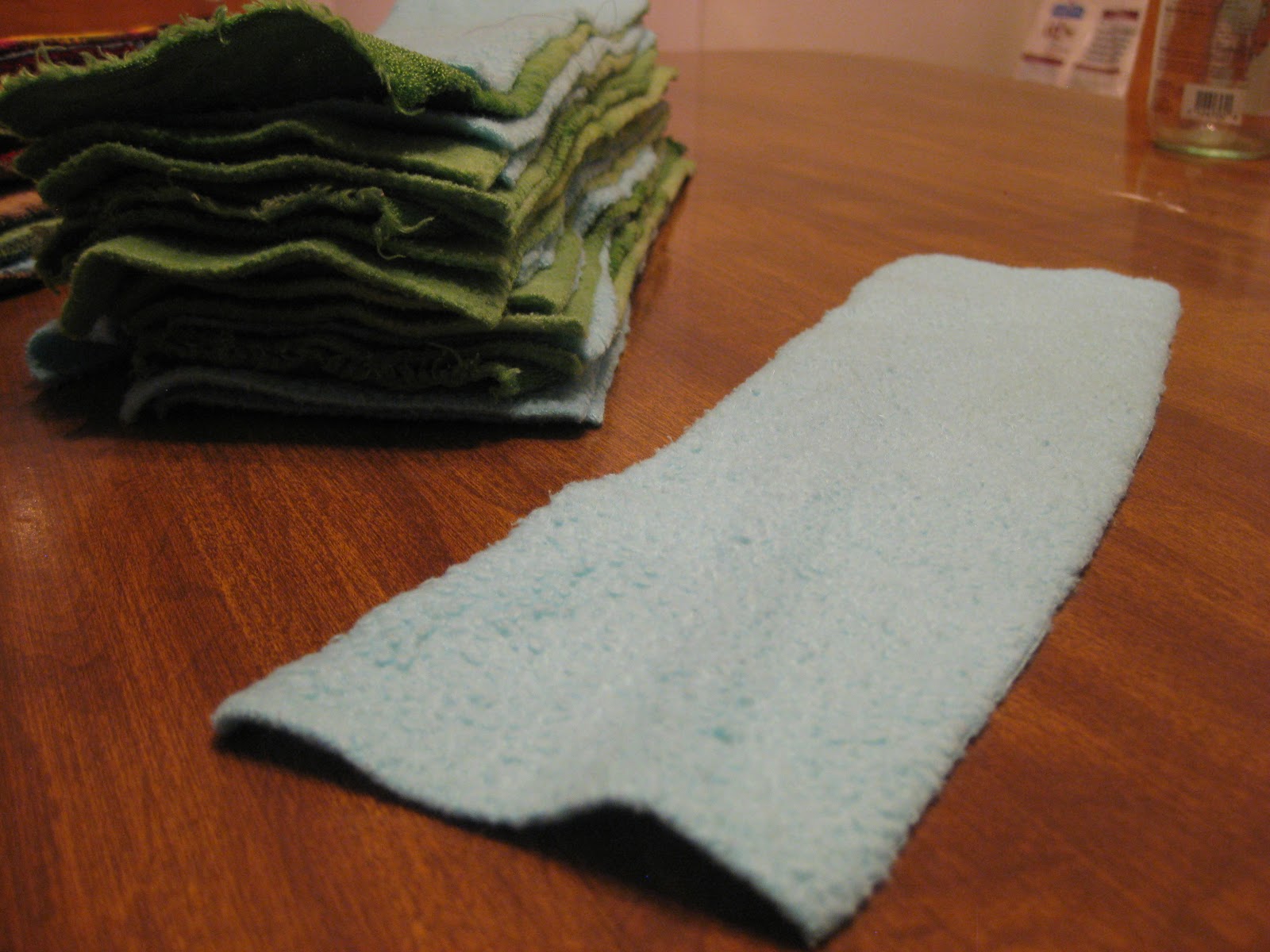 What I did was take some fleece I had (got it from the remnant bin at Joann's).  I cut it in to strips.  Mine were 3in x 11in but you could make them any size you like.  That's it!  Fleece doesn't unravel, so you don't have to hem them or anything like that.  Very easy and so great for my little girl's butt.  I've been using mine now for about 2 months.

I decided to use my serger and make some double layered ones too. 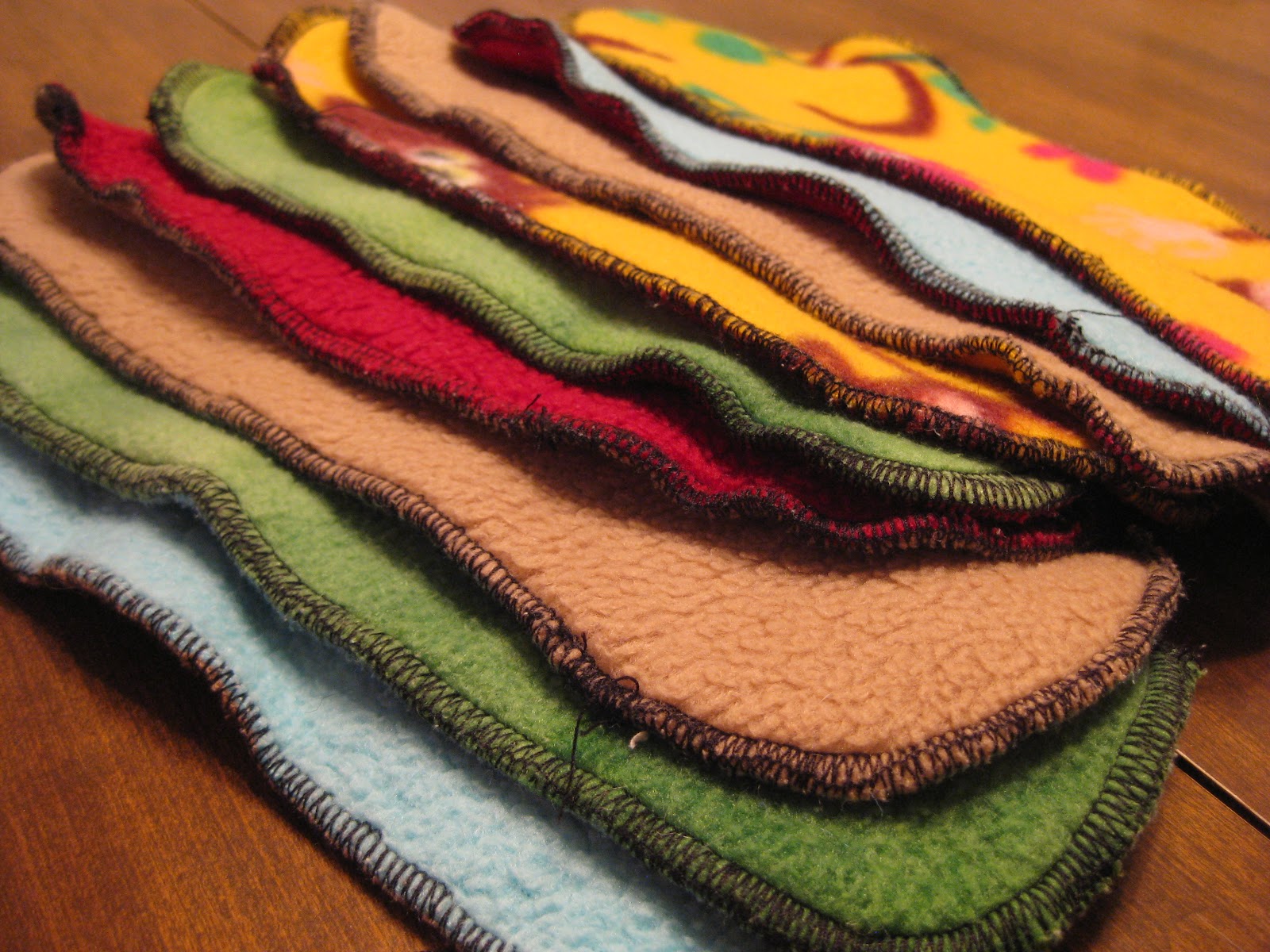